Last night as we were in town enjoying a movie, our winter chicken coop burned to the ground. The coop housed more than 100 two-month-old pullets (young chickens) that were to become our laying flock for next season. Thanks to the quick response and hard labor of my parents, the fire didn't spread to any other buildings, the closest of which is our house and the small high tunnel.  Blue and Luci are fine, and the current laying flock was unharmed. 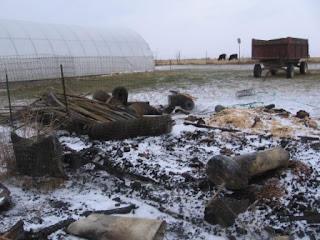 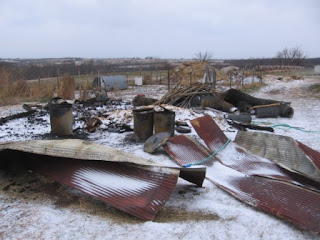 So today we filed a claim with the insurance agent and then called the hatchery and ordered replacement chicks. The new babies will arrive around the 17th so we have 2 weeks to rebuild the coop, the plans for which are already on paper.

When something like this happens, it becomes all about perspective.

Its so sad to think of the loss of all those little birds, the waste of time and life, but it could have been so very much worse. My parents could have not seen it, it could have easily spread to the house or someone could have been injured in the fire. Had it happened today, instead of yesterday, the freezing temps would have made it so much harder to fight. In so many ways it could have been worse.
Posted by BlueGate at 4:48 PM 13 comments:

This past week, we were harvesting in the high tunnel when Kelsey, our steadfast farm crew member, started passing the time by identifying crops that we grow on the farm for each letter of the alphabet. Well, the challenge was on and as we worked our way down the spinach bed we simultaneously worked through the alphabet. You'd be amazed how challenging we found some of the letters. After some supplemental discussions with other associated BGF parties here is the alphabet ala Blue Gate Farm...

How I Spent My Afternoon... 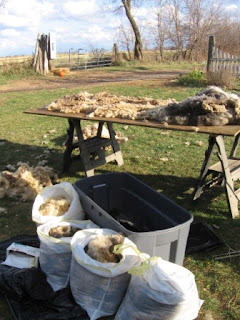 The last of the 10 Jacob fleeces finally all skirted!
Now back to that little bit about washing...
Posted by BlueGate at 3:48 PM 3 comments: 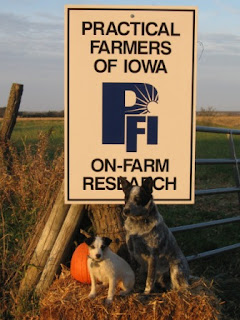 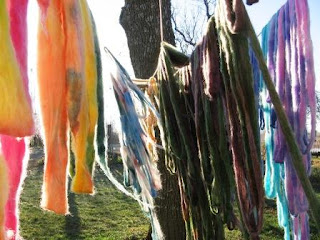 Probably not your normal blog post about fall colors, but we've never been ones to fit the "normal" mold.

Yesterday Mom & I spent the afternoon playing "mad scientist" up to our elbows in acid dyes, wet wool and plastic wrap. The newly dyed wool hadn't dried by the time the sun went down so I just left it hanging on the line. Luckily, Blue and Luci have never shown any interest in the wool as long as I keep it out of easy reach.
This morning when I went out to check it, the fiber was mostly dry, but gilded with a frosty gleam. Wish I could keep that look when it was spun, it was a pretty "cool" sight! Now to get it all spun into a more useful (and salable) form.
Posted by BlueGate at 9:32 AM 3 comments: